For a video overview of this project, courtesy of Aurecon, click here

DESCRIPTION OF THE PROJECT

A single vertical Kaplan turbine is installed in a powerhouse alongside the existing Botterkloof Dam, situated on the As river in the Free State province of South Africa. The design provides a compact solution for the turbine, optimising the short penstock route while avoiding any adverse impact on existing structures, as the power station was constructed between two existing dams without affecting their operations and stability.

The project was implemented under an engineering, procurement and construction management (EPCM) structure with contracts being awarded to:

Arial view of the construction of Stortemelk

The power station had to be constructed between the spillway of the existing Botterkloof dam wall and spillway and the Boston A Dam spillway without affecting their operations and stability. This required deep excavations in very difficult working conditions.

The sides of the excavation had to be stabilised with soil nails and gunite to ensure that the works could be constructed safely. 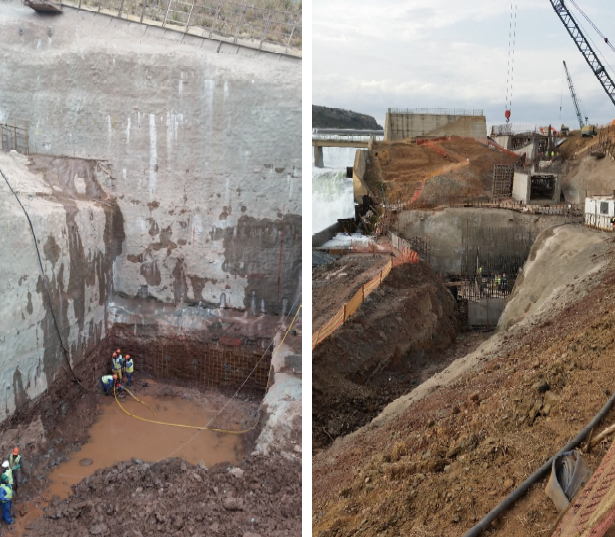 Deep excavation of the power station

The power station is of conventional design and was constructed in reinforced concrete with a structural steel superstructure. The walls were cast directly against the sides of the excavation anchoring the power station and ensuring that floods will not cause flotation of the structure. The transition section from square to round of the draft tube upstream of the turbine was formed with a purpose made shutter. The draft tube downstream of the turbine was fabricated by the turbine supplier and placed and cast in position by Eigenbau. The steel was later sandblasted to specification and the corrosion protection coating applied.

The superstructure supports two 30 ton overhead cranes. The roof is cromadek IBR sheeting and the side walls are clad with clear polycarbonate sheets and covered with an outer skin of corten (rusted steel) sheeting. This allows the structure to blend in to the surroundings to create a non-traditional power plant that blends in with its environment and causes minimum visual impact. The project was recently honored with an architectural design award. 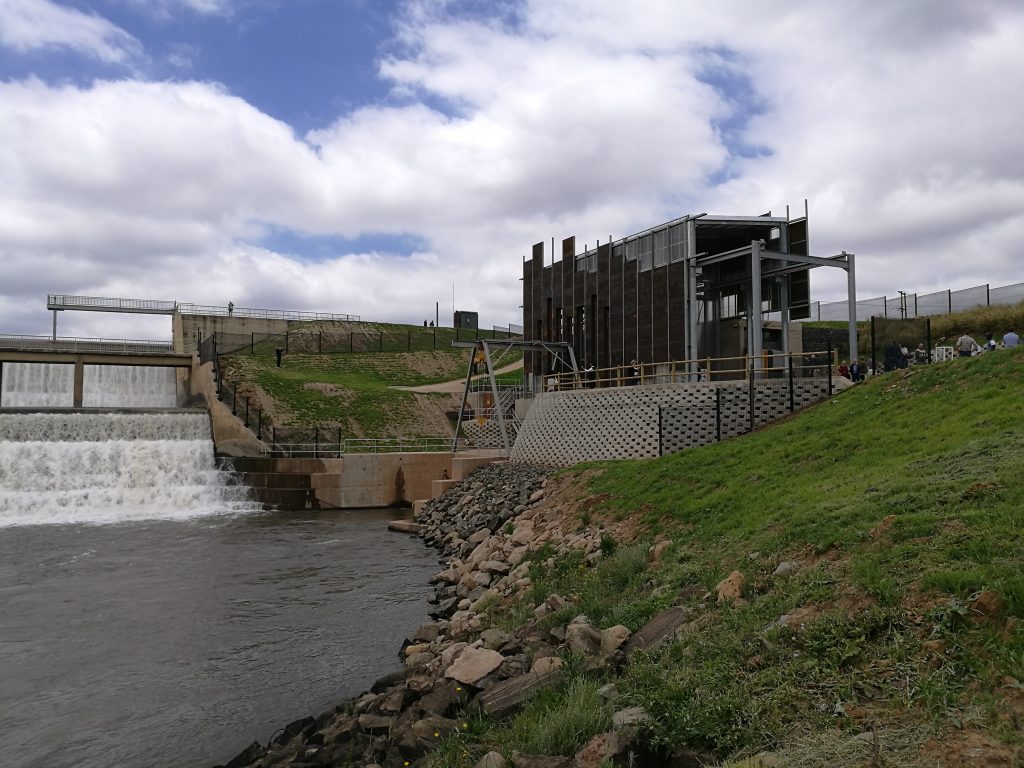 Construction on the project started in September 2014, and it has been contributing energy to the grid since 28 July 2016.

The smooth start-up and successful operations of the Stortemelk plant is testimony to a project well executed. The team from Eigenbau are proud of their achievement.